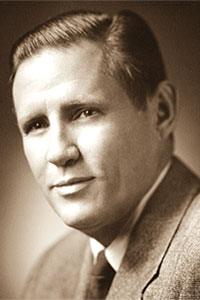 From the opening of Ahearn Field House and the K-State Student Union to the kickoff of the Landon Lecture Series and the university’s centennial celebration, James McCain witnessed significant events and changes in his 25-year tenure.

McCain oversaw the campus during turbulent times for the nation, hosted guest speaking engagements from Martin Luther King Jr. and Robert Kennedy prior to their assassinations and witnessed the burning of Nicholas Gym in 1968.

K-State’s longest-serving president is remembered on campus through McCain Auditorium.