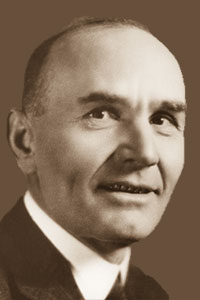 William Jardine sought a balance between vocational and liberal education at KSAC, “a type which shall give a broad insight into the industrial world and develop the individual’s capacity for aesthetic appreciation to the highest degree.”

Following World War I, he was an avid supporter of constructing Memorial Stadium to honor K-Staters who died during the conflict abroad. He also was the first president to occupy the President’s Residence at 100 Wilson Court, built in 1923 at a cost of $31,000.

He resigned in 1925 after being appointed secretary of agriculture by U.S. President Calvin Coolidge.